When Mark Zuckerberg left the keynote stage at this year’s F8 Conference Tuesday, he left a lot of information out there for the world to absorb. Sharing Facebook’s 10-year plan, he made it clear that Facebook is not just on the internet, but they’re supporting those efforts with infrastructure initiatives that will help connect people worldwide.

“If you had told me Facebook was going to build a plane I would have told you you were crazy,” said Zuckerberg — and we would agree. Who knew that Facebook would decide to build a plane to bring Wi-Fi to areas that don’t have it? (You can hear more about it in his keynote.)

Now, with a name like “Facebook Developer Conference” you might think that only developers would benefit, but you’d be wrong. This year’s conference was full of announcements that could potentially have a large impact on this year’s social media strategies, so it’s important that marketers pay attention to the new features available for their use.

Although we weren’t lucky enough to join participants in San Francisco this week, Facebook made the information they shared easily available to the rest of the world through live-streaming and recorded sessions available on their website. Haven’t had time to filter through all of them? Here are some of our marketing takeaways from this year’s conference.

Bots, bots all around

“You never have to call 1-800-Flowers again.” One of the most interesting topics that was highlighted at F8 this week was the launch of the Messenger Platform (Beta), which creates the ability for developers to build bots inside of Facebook Messenger. These bots, when implemented by businesses, will be able to assist consumers in various ways. Setting appointments, shopping, getting shipping updates — all of these things could be made possible through the Messenger Platform. As an alternative to utilizing traditional sales and service channels, these new bot options could be important to consider if consumers adapt to them.

Since Tuesday, all developers and businesses have access to documents to build bots and submit them for Facebook’s review. Attendees saw various examples of the Messenger Platform being used, such as purchasing flowers and receiving news summaries from CNN right to a user’s inbox.

Facebook has been rolling out “Facebook Live” to everyone in the United States this year, and if you weren’t aware, you were by the time you finished viewing the sessions. A week before F8, Facebook released more features for Facebook Live in an effort to keep these items separate from their announcement that the Live API would be made publicly available. With this, developers will be able to build Facebook Live video into their apps. The conference emphasized some of the benefits of this feature for both brands and personal accounts, and we’re excited to see all of the new ways that developers push this API further this year, such as streaming live off of drones, like Zuckerberg did on stage.

The takeaway for marketers? If you haven’t thought of ways to integrate Facebook Live with your social media strategy, you’d better start soon. Facebook has revealed that live video encourages 10x more comments than a regular video — who doesn’t want that?

Facebook’s “Save” feature has been in existence for nearly four years, but considering how hidden the feature is within the application, not everyone knows about it. However, Facebook reported at F8 that 250 million people take advantage of that feature every month, and by introducing a “Save to Facebook” button for use on any website, they hope to grow that number. Developers simply need to integrate the code into their website, and users can then save their articles into their Facebook account.

Depending on how quickly this feature catches on, it has some potential to help marketers increase their views for return visitors. But we’ll have to wait and see how much impact the button can truly have, which again, will be determined by the users.

If they catch on, marketers will have yet another type of content to consider. Do you publish the same articles as on your blog? Is this a new, completely different type of content? We’ll have to wait and see!

Seem like a lot of news? That’s not even the half of it. And, just in case you were wondering, Zuckerberg is only 31 years old. We can’t wait to see what his team comes up with next! 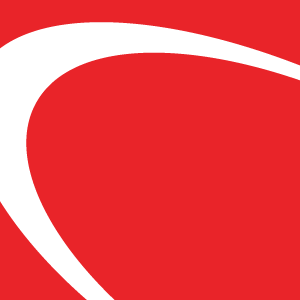 Webspec Design has an industry-leading team of web designers, web & software developers, content writers, SEO strategists, project managers and marketing staff based in Des Moines, Iowa. We hire the best and brightest to develop creative web design solutions and deliver your business unparalleled results. After fifteen years, hundreds of web design and development projects, and many software development projects, we are proud of our reputation for service.