If your business currently has a website, you may have heard rumblings about Google’s mobile-first indexing. Even if you have, you probably have more than a couple of questions about it. For those of us in digital marketing and web development, the shift toward optimizing websites to be mobile-friendly has been a long time coming. Each site we’ve launched recently has been optimized for mobile. With this latest rollout from Google, that’s proving to be beneficial.

What is Mobile-First Indexing?

I know what you’re thinking. “What in the name of Google does ‘mobile-first indexing’ even mean?” To put it simply, it’s all about how Google reads your site. This is called “crawling.” In the past, Google has crawled websites, then created indexing (adding a site to their search), and ranking page content based on desktop versions of a website first.

Some websites, unfortunately, have a mobile version that doesn’t look like the desktop version and the old way Google was crawling isn’t really appropriate in these cases. With mobile-first indexing, Google will be using the mobile version of the site first. This makes sense because of the shift in users exploring the internet on their phones more often than on a desktop computer.

Mobile-First is not Mobile-Only

If you don’t have a mobile version of your website at the moment and are starting to hyperventilate, grab a paper bag and keep reading. It’s called “mobile-first” for a reason. It’s not “mobile-only.” That means if a mobile-friendly version doesn’t yet exist, Google will crawl the desktop version instead and include it in its indexing. Feel better? Good, because I’m about to make you worry again.

Yes, you can kind of get away with not having a mobile version of your website. No, you don’t need a mobile version…unless you want to show up on Google. That’s right—a website without a mobile-friendly version can negatively affect your rankings. You don’t want to tank your rank!

The term “mobile-first indexing” refers to the fact that Google will be viewing the mobile version of your website as the main version of your website and your desktop version will be seen as the secondary or “alternate.” Think of it this way: would you rather have the gold trophy or the silver? The silver is great, but it probably won’t get you on a Wheaties box.

When will Google Switch to Mobile-First?

In March of this year, Google announced they’re starting to switch to their mobile-first indexing. Because Google is fairly secretive and the internet is kind of large, there’s no way of telling when your website will be affected. The good news is, if you already have a site that’s mobile-friendly, you’re ahead of the game. More good news? Even if your site isn’t mobile-friendly, we can change that.

Just last month, Google started answering questions about their mobile-first indexing rollout. As with anything this big, there were bound to be some hiccups and because Google is Google, they offered some pretty clear answers for some pretty serious questions.

Coming sometime this month, the mobile speed update will be something completely independent of their mobile-first indexing. According to Google, the bounce rate of a site (percentage of users viewing just one page before leaving the site) increases by 32% when the load time of a site goes from one to three seconds. It’s also been reported that fast page speed creates loyal customers to online retailers.

A site can live and die by page speed, so while the speed update coming in July isn’t related to the mobile-first indexing rollout, it will affect your ranking factor in mobile search. In short, the faster your site, the better the experience for the user, and the more likely you’ll be found by the people you want to find you on Google.

While the number of URLs Google crawls each day won’t “generally” change. What will change, however, is the balance between which types of sites are crawled. This means mobile pages will be crawled more often than desktop pages.

Keeping Up with Google

It’s not easy to keep track of all of the changes Google is constantly implementing. The nice thing about working with Webspec is that you can relax because it’s our job to keep up! Our digital marketing team is always reading up on news from Google, learning what things really mean, and sharing that information with our clients. Our project team is always ready to help give your website a facelift and a mobile-friendly design. If you’re ready to chat about how we can help make sure your site doesn’t sink to the bottom of Google, we’re here! 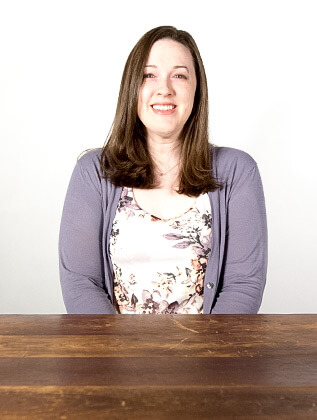 Erin began her career in radio promotions and production, putting fresh spins on established brands. She brought that creativity to Webspec and in her current role as Content & SEO Strategist, she helps establish, refresh, and strengthen clients’ brands, boosting their online and real-world presence. Her favorite part of the job is the fact that no client is the same, so she can flex her imagination in different directions each day. She has a degree in marketing and will definitely correct your grammar, punctuation, and spelling. When not in the office, she can be found binge-watching a show with her husband, taking a trivia night too seriously, dancing embarrassingly at a concert, or cheering on (or being annoyed with) the Green Bay Packers.

What Google’s Speed Update Means for Your Website By Erin Lamb | Content & SEO Strategist Posted September 12, 2018
The Beginner’s Guide to SEO: Mobile Edition By The Webspec Crew | Around the Office Posted October 21, 2015