If you actively use the internet, especially social media platforms, it’s no surprise that video has become the undisputed king of content. Unsure of what I mean? Open up Facebook, Instagram, Twitter, or even Snapchat and just observe how many videos come across your timeline. Go to any news website and take note of how many videos they throw at you (unless you have ad blockers!). Even on YouTube, where you go to watch videos, there are video ads playing before your video starts! Whether you’re seeing them organically, because they’ve been uploaded by your friends and family or served to you as an ad from a business, you simply can’t escape video content anymore. This trend is not an accident, and marketers and agencies from all around the globe are now spending far more money than ever to make sure that they are competing in the spectrum of video advertising. So, how does a business like yours optimize its video advertising? Let’s have a look.

Before we dive into the nitty-gritty details of video advertising, let’s first establish why companies are making the leap. Much like anything in business, video advertising starts with the behavior patterns of the consumer. As long as devices have been used to record video, people have been watching it. The problem is that the methods of consuming videos were always limited. During the early era of desktop computers and the development of the internet, videos were not readily accessible, making television the most popular medium for watching shows and obtaining news. In 2005, a new startup by the name of YouTube would drastically change this model.

When YouTube was launched, users around the globe were blown away by this new, free medium to watch videos on their computers. Everything from the Evolution of Dance to Hurricane Katrina footage was now accessible from any computer, no matter where you lived. But this was merely the tip of the iceberg of a technological revolution that was sparked with a single device: the smartphone. When Apple released the first iPhone back in 2007, it undeniably changed how we consume media as a society. You now had the luxury to stream videos from quite literally anywhere that your cell phone could pull data from. And sure enough, advertising agencies and content experts connected the dots, opening up a multi-billion dollar industry in the process.

Now we are on the tail-end of 2018 and video content has smashed every digital content record with expectations to steadily increase. A report by Cisco Systems projects that 80% of all global traffic will soon come from video. Whether you are using social media, skimming the news, or buying online, you can expect to that videos will be served to consumers at a high rate.

The term, “People lie, numbers don’t” is highly applicable to online video advertising. This fast-paced, ever-evolving mode of advertising has received pushback and skepticism since its inception. While opinions can be hard to change, numbers are even harder to deny. Here are some of the mind-numbing statistics about video advertising that show why it is so beneficial to businesses of all sizes.

In an independent study done by Facebook IQ, which sampled over one million people, 94% of respondents said they have a smartphone in their hand when they are watching TV. Of that amount, viewers only focus on the TV screen roughly 53% of the time, with most of their distraction coming from looking at their smartphone. What’s even more eye-opening is that the majority of the smartphone distractions came during TV commercials, with a large correlation of social media spikes during those windows of time. This shift played a role in why 2017 was the first year ever where advertisers spent more money on digital advertising than they did on radio and television.

Advertising is useless if you are not reaching the right crowd for your business, product, service, or event. As millennials become the new generation with buying and decision-making powers, it’s important that you understand how their consumption affects your advertising efforts. One of the biggest issues with TV and radio advertising is that the targeting approach is sort of “spray and pray,” if you will. Online platforms for video advertising allow you to get incredibly specific with who you reach. The precision of targeting can be narrowed down by age, location, devices, online behavior, competitor audiences, mailing lists, and much more. Not only that, a 2018 study by .comScore showed that millennials have officially eclipsed TV consumption with mobile consumption. With higher accuracy and a wider net of users available, it only makes sense that online platforms are your best route for video advertising.

Data At Your Disposal

Maybe the most frustrating thing about TV and radio advertising is that you truly do not know what your ROI is. Services like Google Ads and Facebook have made it easy for agencies and marketers to be able to get nearly real-time data for their video advertisements. This makes online video advertising highly versatile, allowing analysts to adjust campaigns on the fly. Online video advertising also allows for A/B testing, which allows marketers to figure out which videos are getting the best engagement and conversion rates.

As a consumer, you probably know firsthand how annoying it can be to have endless video ads thrown at you. Sometimes they’.l right before a YouTube video, sometimes it’s in the middle of a video you watching on Facebook. Either way, you are not alone if you are feeling overwhelmed by video ads. That’s part of the reason why users are given the option to skip video ads after 5 seconds of viewing them, if they are over 15 seconds. Due to this, video ads lose roughly 50% of their traffic within the first 10 seconds. The longer a video is, the less likely any given viewer is to make it through.

Generally, online ads are meant to drive a user to a landing page of your website. Image and text ads are great for doing these, but video ads lack in the same ability in this category. An independent study that analyzed billions of videos from 2015-2017 showed that the average click-through-rate was a dismal 0.29% in 2017, which started at 0.48% in 2015. This is where the objective of your campaign becomes an important factor. We will touch more on this below.

Don’t expect online video ads to correlate with a large increase of conversions coming directly from those ads. I can tell you that both statistical evidence and results that I have personally seen can serve as evidence of this. However, that isn’t to say that you shouldn’t expect to see any sort of change in conversions on your website over time. A study conducted by Trusted Media Brands concluded that businesses saw a 47% increase in brand awareness and 20% increase in conversions over time from mobile video advertisements.

How Can I Optimize My Video Advertising?

Now that you are familiar with the advantages of using video advertising, let’s focus on understanding how to optimize your video content to get the best results possible.

Video Ads Need To Be Concise

Since engagement with video ads can be so difficult to achieve, it is imperative that you make it as eye-catching as possible. If your message is not clearly displayed in the first 5-10 seconds, expect there to be little action taken on it. Make sure that your video draws attention and clarifies to every potential viewer what they are about to see for the remainder of the ad.

Once again, if you are looking for users take conversion actions directly from your video ad, it’s going to be slim odds. The best performing online video ads are those that deal with brand awareness and creating user interaction with your business. Very few people, if any, are going to immediately call your business from a video ad. The brand awareness that sticks with them can potentially lead to sales and conversions down the line.

Add a Call To Action

No advertisement is good without a clear call to action. No matter the length of your video ad, it should be practiced like scripture to have a call to action in a video advertisement. This will increase you click-through-rate and the overall traffic to your website. Even if this doesn’t lead to more conversions directly from the ad, getting people to visit your website can cultivate the data needed to build remarketing campaigns for image ads.

Webspec Design is a Google Partner company with a team of digital marketing experts that are Google Ads certified with varying areas of expertise. Whether you need help getting your online video ads up and running or are looking for new ways to implement your already existing campaigns, we are here for you! Contact us today to learn more about the ways that our digital marketing team can help your business grow and find success online. We look forward to hearing from you! 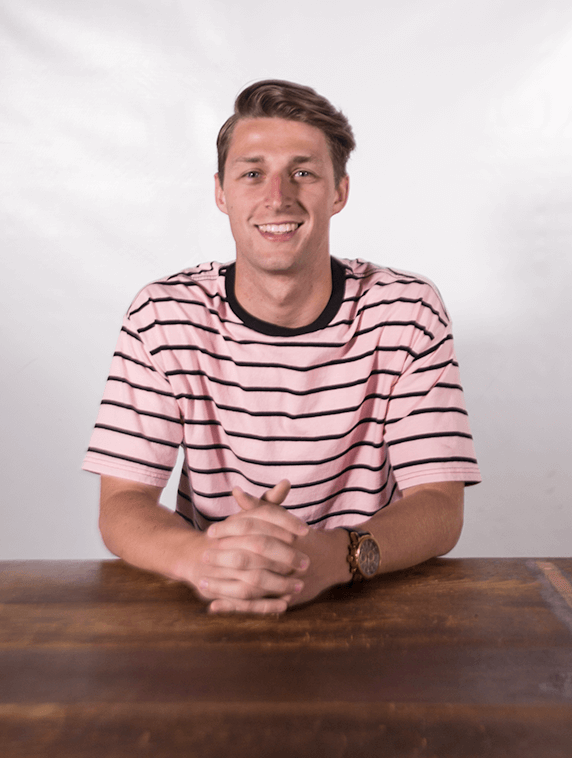 A West Des Moines native, Tyler received his B.A. in Enterprise Leadership from the University of Iowa before joining Webspec in 2017. Tyler’s job is to make sure that our clients’ SEO results are optimized to the highest extent. When he isn’t in the office, you can find Tyler writing his own music, researching trivia questions or watching basketball crossover highlights.